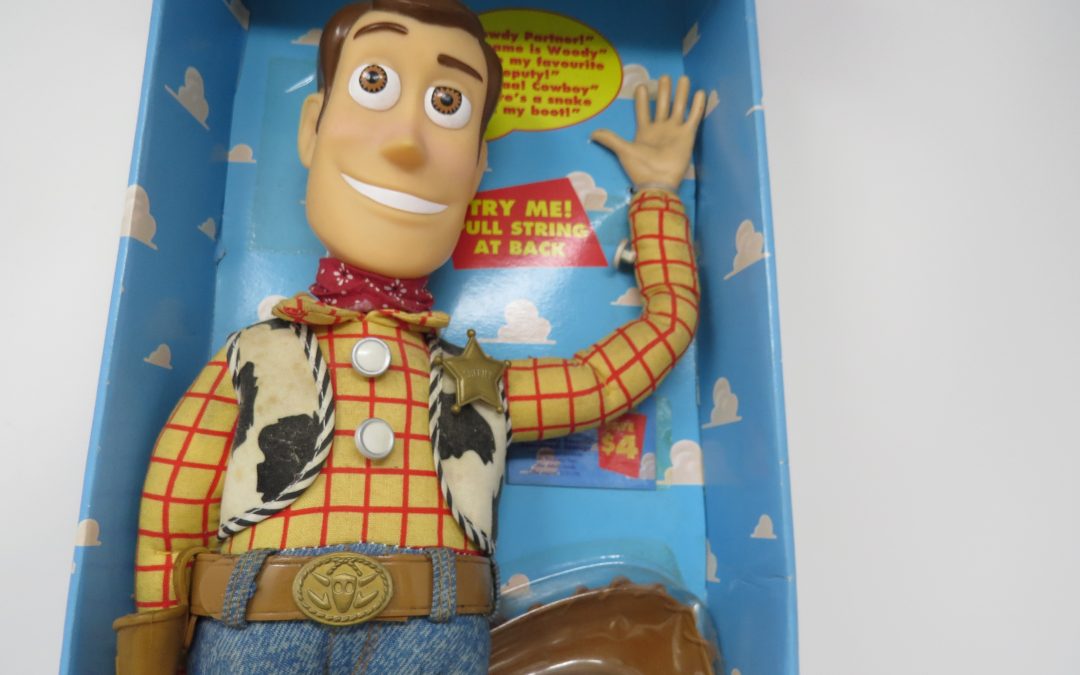 Toy Story is a Disney movie that first released in 1995 and produced by was produced by Pixar. The Movie is based on the fact that all toys are alive and have a secret life not seen by children and adults. The main characters are Sherif Woody and Spaceman Buzz Lightyear, The main characters are voiced by Tom Hanks and Tim Allen. The Movie Franchise saw a large number of toys produced the oldest of which are now considered vintage as they hit the 25 year mark. Recently these have become increasingly collectible and the price of these is definitely on the up for the best examples like those found on lookingattoys.

When were the Toy Story Movies ?

What was the story line for Toy Story ?

The main story is based on the fact that toys secretly come to life when they are away from humans, The movies follow the adventures of these characters.

What Toy Story Toys are available ?

Was there really a withdrawn Woody ?

Yes following an unfortunate chocking incident Woody was withdrawn from sale in 1995. The withdrawn version can be told apart by the smaller pull string and buttons on Woody are sewn on rather than into the shirt material.

Later versions saw a larger pull  string over 1 inch in diameter as seen on Toy Story 2 Woody and also some version did away with the pull string and had a push button instead – we a have many different versions on Looking at Toys.

Are there any Exclusive Toy Story action figures  ?

Toy Story and Beyond Twin-pack

This toy Story 4 Pizza Planet Crane was very limited and this particular variant we picked up in Japan and was exclusive to Disney Stores making it a sound investment for the future.

Who Made the early Toy Story Action Figures  for Toy Story ?

The early toys were made by Thinkway Toys. Other manufacturers have included Takara Tomy who make highly detailed and feature packed toys.

What are the famous phrases for Woody from Toy Story ?

You re my favourite deputy

Theres a snake in my boots

Reach for the sky

Why are original Toy Story Figures increasing in price ?

Toy Story first released in 1995, with 25 years having passed the original toys are now considered vintage. Nostalgia – As we all grow older we remember our favorite toys from our childhood and with stores like ours you now have the opportunity to buy again those toys. First time collectors may be missing that one figure to complete the set and we may have it here for you. As the numbers of quality figures decreases and the number of collectors increases this pushes prices up.

#toystoryactionfigures toy story action figures can be found on www.lookingattoys.co.uk